Container Corporation of India (Concor) started working on Inland Container Depot project at Kadakola in Mysore under tight police protection amid protest by local farmers. The total cost of setting up the Depot is INR 100 crores.

There was opposition to the much-awaited project for Railways that was supposed to begin in 2018, from the farmers. The farmers, parted with the land for this project, had demanded permanent jobs at the depot for one member of their families.

The working began in the morning with more than 200 Police personnel and officials from the Karnataka Industrial Area Development Board (KIADB).

Earlier, the KIADB had acquired 55 acres of land in Survey Numbers 480-517 in 2011, 2012 and 2013 from 54 farmers. The land was allotted to Container Corporation of India to set up Inland Container Depot for the Railways.

Concor has purchased these 55 acres of land at Rs. 35 lakh per acre.

The Kadakola Depot will be on the lines of the one which already exists at Whitefield in Bengaluru. For Customs Duty, all the formalities will be done at the Depot and a separate office of Customs will be set up. There will be no need to go to Ports for Customs Duty once the Depot is set up.

In addition, two Railway lines, loading line and engine escape line, will also be set up, which will be controlled by Kadakola Railway Station. Besides giving a boost to exports from the region, the Depot will also reduce the lead time taken to ship the containers to the Ports.

Currently, most of the cargo meant for exports is sent to Chennai Port by road. This leads to extra cost and time. The Concor Depot at Kadakola will provide a safer and more reliable alternative to road transportation.

Also, the Depot will have good warehousing facility covering an area of 1,000 square meters.

Mahindra Logistics to expand its warehousing business in SE Asia 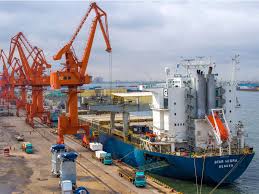 Ports grapple with shortage of workers amid nationwide shutdown