As the restrictions have been eased in the fifth phase of the lockdown, Indian Railways is betting on increased freight loading by automakers including Maruti Suzuki and Kia Motors.

According to a senior Railways Ministry official, during the nationwide lockdown, the national transporter had been in touch with both companies for their transportation requirements.

As per reports, one freight train loaded with 100 units of Kia Seltos left from Bengaluru on Sunday. The rate for one such train, known as a rake, is about Rs 19 lakh.

“We are expecting orders from automakers to stabilise and go up to 10 rakes every month.”

Mr Saxena said, “While the cost of moving SUVs by rail is similar to that by road, rail transportation is faster – rakes from Bengaluru reach New Delhi in three to four days compared with a week by road.”

Indian Railways plays an important position in the economy and the lives of people in India. While the overall intermodal share of rail in freight traffic is around 35%, it continues to account for a major share in the transportation of bulk commodities – such as coal, iron ore, cement and food grains – which are drivers of the economy.

The auto sector in the month of April saw something unprecedented as many auto players reported zero sales (in April) registering a year-on-year de-growth of 100%. Most automobile companies have reported absolute zero despatches to their dealers, given the deserted look of their respective assembly lines and showrooms

Railways, besides possessing remarkable resource mobilisation capabilities and disciplined manpower, have demonstrated agility and ingenuity to cater to completely new requirements that arose in India’s fight against COVID-19. As it is said, it often takes a crisis to seize opportunities. Railways has the choice to consider the current crisis as an opportunity and completely overhaul its passenger and freight transportation segments. This is the right time to look beyond the current year and chart a growth map for the next five to 10 years. 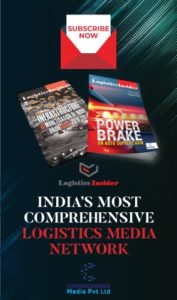